Business news from Artenova 2016: national and foreign trade relationships, including a new one with Brasil 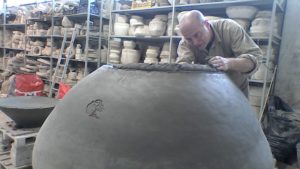 2016 has seen quite a number of new collaborations between Artenova and Italian and foreign wineries. These have occurred over the course of the year and particularly in November during the 2nd edition of “Terracotta and Wine“, the biennial event of Impruneta promoted by the homonymous cultural association founded by Artenova. In Italy the region that continues to prevail in a quest for excellence through the refinement of wine in terracotta, is Tuscany. In the last three months five new Tuscan companies have chosen to use Artenova jars for winemaking. They are the companies Togni Andrea from San Gimignano (Siena); Suveraia from Monterotondo Marittimo, Sassotondo from Sovana and Tenuta di Monterozzino from Maiano in Toscana, all three from the province of Grosseto and Pagani de Marchi from Casale Marittimo (Pisa). 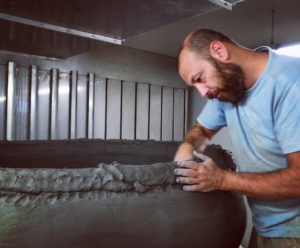 However in the last few months Artenova has established new relationships in Northern Italy, in particular in Aosta with the company “La Cantina di Cuneaz Nadir “and in Trentino Alto Adige, with “Loacker Tenute“. Trentino is a region where, for some tome now, several other companies have been using Artenova amphorae for their winemaking. The companies are: Fabio Foppoli, Troepfltlhof, Foradori and Tenuta Dornach of Patrick Uccelli.

In Northern Italy the terroir of Piedmont is also enamoured with terracotta amphorae. The eight vineyards who already practice winemaking in clay amphorae – and in particular with the clay of Impruneta used by Artenova – have been joined by three more: they are the two companies from Cuneo; Cascina Corte and Azienda Ronchi and Cascina Bricco Ottavio from Buttigliera d’Asti. In Lombardy, the company Zubiani Marco from Sondrio has begun collaboration with Artenova along with the company Italo Cescon from Roncadelle di Ormelle, Veneto. 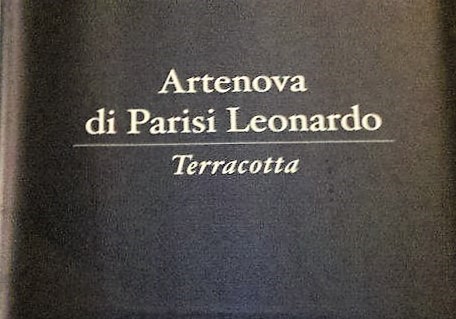 In recent months, new relationships have started up in Southern Italy with the Sicilian winery Francesco Lipari from Messina and from the Central Italy new collaborations come from Lazio with Vinicola Consoli from Olevano Romano and Costa Graia from Frosinone and from the Marche, Agricola Cignano from Fossombrone.

In the panorama of foreign trade relations 2016 will be remembered for the new collaboration of Artenova with Brazil. In Flores da Cunha in the state of Rio Grande do Sul Brasil there is a winery who produce their wine in terracotta jars from Impruneta, it is Luiz Argenta Vinhos Finos. Returning to Europe we have the Greek company Oenops Wines Winery from Drama. Increasing demand for terracotta jars come from Austria (Liszt Heurigen Weingut Manufaktur) and Switzerland (Domaine La Rodeline Roduit Yonnet Claudine).