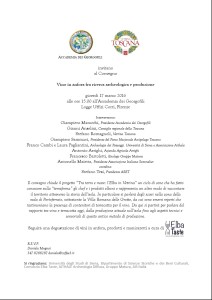 The conference will take place tomorrow Thursday 17th (at 1500 hrs) at the Academia dei Georgofili in Florence and will be about archaeological excavations on the island of Elba, cuisine and typical products from Elba but also about terracotta and wine. The meeting has been organized by “Vetrina Toscana” and by the same Accademia dei Georgofili at the closure of the project “tra terra e mare: l’Elba in vetrina” (Between land and sea: Elba on Show) promoted and organized by Elba Taste, the association of producers and restaurateurs from the island of Elba. 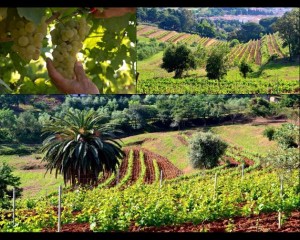 After the cycle of dinners which introduced chefs and typical products of Elba to the “mainland”, the island territory will be re-told starting from excavations in the area of “rada di ​​Portoferraio”, below the Roman “Villa delle Grotte” from where relics testifying to the presence of terracotta vessels for wine have emerged. 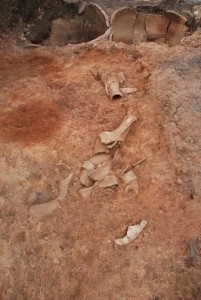 This will be the topic that will kick off the discussion on the relationship between wine and terracotta today, from the current production of the island to the technical and sensory aspects of this ancient method of production.

The conference will consequently dwell considerably on Artenova, the “terracotta and wine” project and how our company which has been making jars for wine production since 2008, has recently signed a contract with the University of Florence to begin a scientific study of the chemical-physical aspects occurring during the making of wine in terracotta. Among the speakers at the conference is Oenologist from the “Gruppo Matura”, and also our technical consultant, Francesco Bartoletti and producer and winemaker from the Island of Elba, Antonio Arrighi, whose vineyard in Porto Azzurro produces wine in Artenova wine jars. 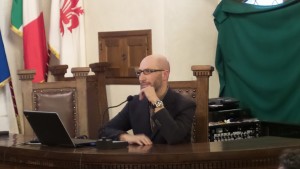 Stefano Tesi, President of “Aset”, will coordinate the conference.