THE MAGIC OF AMPHORA WINEMAKING. ANCIENT TRADITIONS ARE NOW THE NEW MODERN. A REPORTAGE BY PAUL WHITE ON “THE WORLD OF FINE WINE” 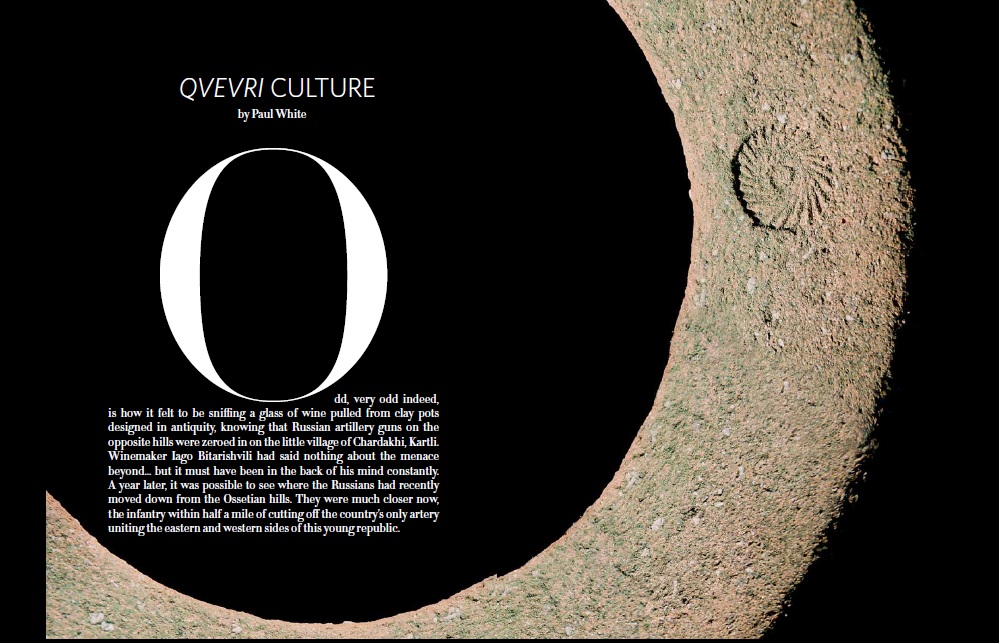 The magic of terracotta winemaking seen through two ancient traditions, the Georgian 8000 years old and the Portuguese of Alentejo, relatively young, of about 2000 years. How could it have happened that this ancient winemaking practice survived only in Georgia and (little known to most people) in the South of Portugal, when everywhere else terracotta wine jars have disappeared? The correspondent of “The World of Fine Wine” Paul White, wrote about it in an article last year, before he took part in the Event “Terracotta and Wine 2016“.

White brings to our notice the strange fact that “until last year, very few of the new terracotta wine producers knew that the ancient Roman tradition of wine jars above ground had continued to survive in a handful of small villages in the south of Portugal.” In addition, he writes in his article, “neither the modern Georgians nor the Alentejians knew about each other’s respective winemaking traditions in terracotta jars till recent years”

We recall with pleasure that the first meeting between these two traditions happened during the international event “Terracotta and Wine”, that took place in November 2016 in Impruneta, thanks to the Cultural Association “La terracotta e il vino”. For the occasion, Paul White moderated the meeting which talked about the comparison of terracotta winemaking experiences and was told directly by the Georgians and Alentejians themselves while tasting each other’s wines.