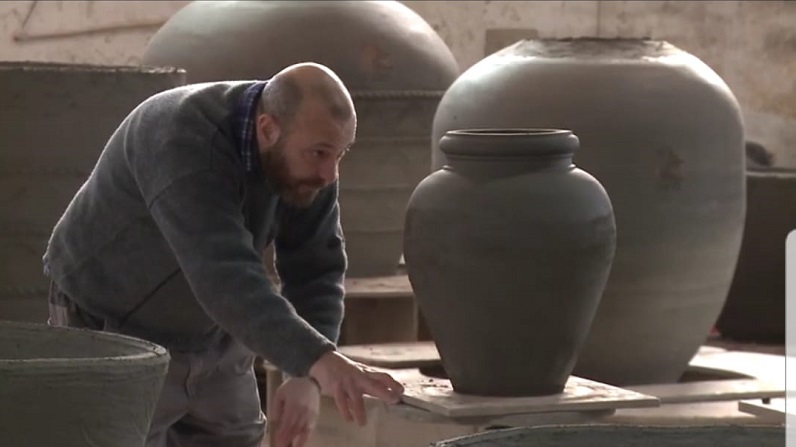 The Artenova Company, now known all over the world for its wine jars made with the prestigious clay of Impruneta, represents an excellency of its territory. The tv programme “Magnifica Toscana” was host to an interview with the owner of Artenova, Leonardo Parisi. (in photo from an extract of the video). The programme was broadcasted on Canale Italia (channel 83 Digitale Terrestre and channel 913 Sky) and was conducted by Director Massimo Ghiraldelli and journalist presenter Manuela Guarnieri. The programme, airing in eight episodes (on Sundays from 9 am), aims to document the flagship companies of the Town of Impruneta. Link to video

“Our company” says Leonardo Parisi “Started up in 1992, producing mainly decorative terracotta articles for gardens and houses. Following a decrease in demand from that market, since 2008 we have concentrated on the production of wine-jars using as models original jars, “amphorae”, which were commonly used for the conservation of wine, more than 2000 years ago. (Read the news of May 2020).

From idea to experimentation: Artenova, with the help of oenologists and experts, carried out a series of analyses, tests and trials to enable them to propose the ancient Amphora winemaking technique to professional wineries. Any initial doubts were overcome by a desire for innovation but above all, by the quality of the final product. This soon led to a widespread use of terracotta wine-jars. Since 2008 the market has consolidated and not only in Italy. Now all over the world, the terracotta of Impruneta is behind the success of high quality wines, and winemaking in these magnificent vessels, has become a growing trend. 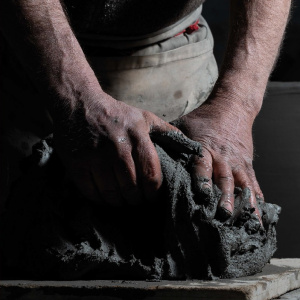 In the programme “Magnifica Toscana”, the intervention of the deputy mayor of Impruneta, Matteo Aramini, confirmed Artenova as an excellence of the territory. The re-evaluation of tradition, the search for innovation and the courage to change are the keys to reading the history of Leonardo Parisi’s company. The essential elements are as always EARTH, WATER, AIR and FIRE, but in the able hands of the Master Craftsmen and with the knowledge gained by intelligent experimentation, they have been made to resist and evolve. This is what makes Artenova an “excellence” promoting not only throughout Italy, but to the whole world, the name of Impruneta and the characteristics of its precious clay.

Watch the video of Magnifica Toscana with an interview with Leonardo and Andrea Parisi, Master Craftsmen of Artenova.