Artenova talks about their production of wine jars on RAI TV News. “How we reinvented a new line of production” 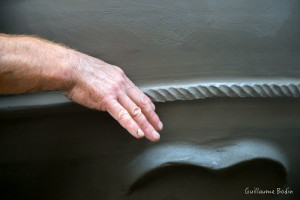 “The identity of Impruneta is formed by its craftsmanship”: thus begins the report broadcast on December 31st on Tg1 (the Italian national TV’s main 8 O’Clock News) just before the Last of the Year speech by the Italian President. The brief report (one minute and 24 seconds) talked about Artenova and their production of wine jars of worldwide demand. It described the company and its history, the tradition of terracotta handed down for generations and about the unchanging techniques that the economic crisis has caused to veer towards a different kind of production dedicated to jars for winemaking rather than the old-fashioned decorative pots and sculptures popular before.

The images of Rai TV show the jars during processing and drying. The cameras also dwell on Artenova’s wonderful egg-shaped jars. The backdrop is the workshop itself with the huge kiln for firing and various phases during the creation of the jars from their beginnings to their completion. 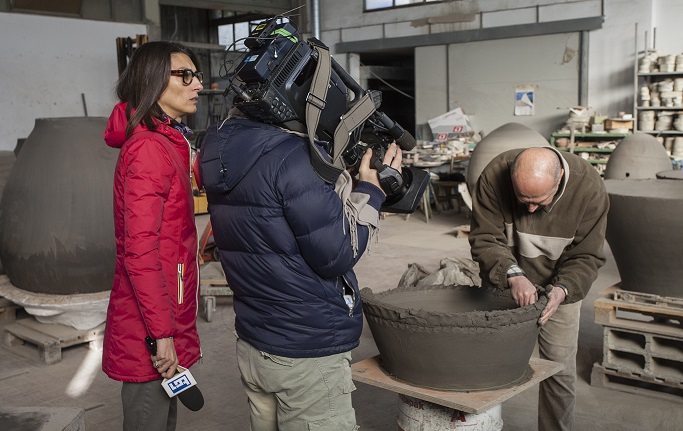 Andrea Parisi, co-owner of Artenova along with his brother Leonardo, recounts the history of the company, of how he learned the art from his father and why at one point it was crucial to try and reinvent a different line of production. The Tg1 reporter then explained about “…the return to the past in order to withstand the contemporary market ” and about “… the difficulty of the meticulous craftsmanship behind the making of these jars and that just a hairline fracture during the drying stage means you have to start all over again. Each piece is unique” she says “and all are examples of a new  “made in Italy” production which from Impruneta has now reached all across the globe.”

The report ends with an interview with Oenologist Francesco Bartoletti, technical consultant to Artenova, explaining the ancient connection between clay and wine and how terracotta transfers neither chemical nor bacterial substances nor aromas of any kind, in other words “…nothing at all, enabling us to obtain a wine whose flavours and perfumes are derived exclusively from the characteristics of the grapes themselves.”

Watch the Tg1 broadcast on TG1 on line

Watch the Tg1 uploaded on the Facebook page of Artenova