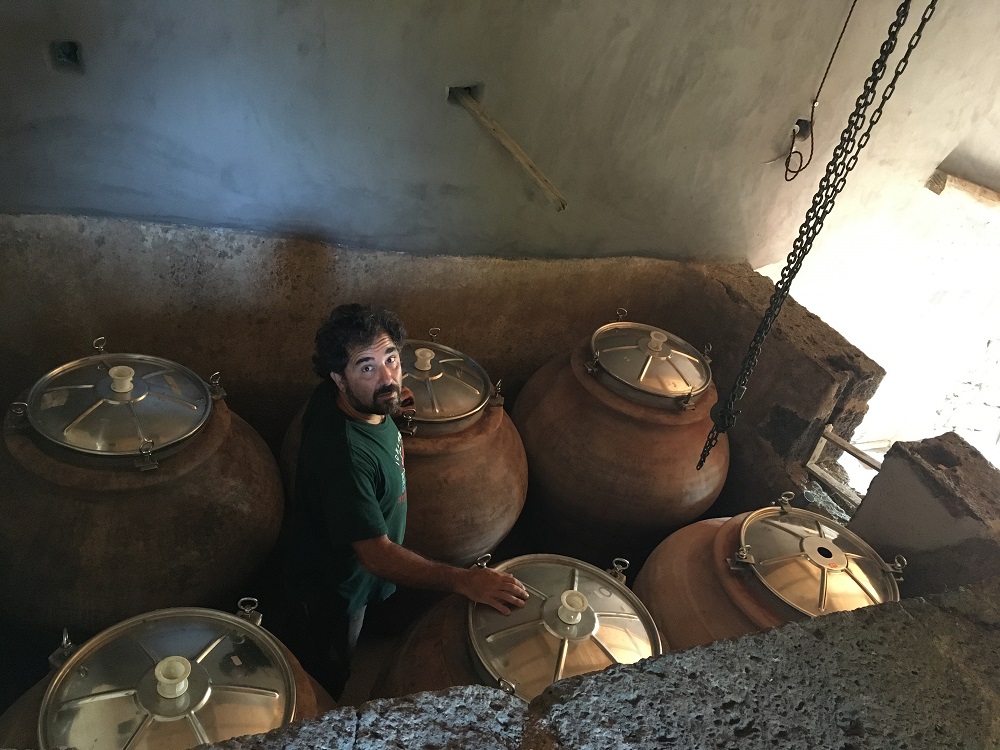 10 years went by between the purchase in 2006 by Diego Bongiovanni of the Bagolaro farm in Mascali, on the slopes of Etna, 30 km north of Catania, to the first contact with Artenova (in photo by Stella Bortoli), but the meeting was already written in History. Diego says:” didn’t like the idea of steel and the alternative was wood or concrete. Terracotta was a natural material compatible with the philosophy of our project for eco-sustainability, for the fact that it’s easy to wash and uses up less water and energy to do so. I was blown away by that material. The choice to make wine in amphora did not arise from a precise oenological strategy but from a reflection more linked to sustainability”.

In 2006 the purchase of the company, in 2010 the beginning of architectural renovation work, then followed the experience of winemaking. In 2016 Bongiovanni went to Tuscany to meet Leonardo Parisi and in the Artenova workshop in Impruneta he placed his first order for two 200- litre amphorae.

In the Bagolaro cellar (Cantina del Malandrino) today there are 17 terracotta jars from Artenova, the latest of which were purchased last year. “I was fascinated by the history of this company – underlines Bongiovanni – I realised that our project was a continuation of that of the Parisi family”. In 2019 Diego began work on his cellar, an ancient mill with old cisterns that once contained water and where grapes were transformed into wine. During the renovation, an ancient Roman amphora was found. “That discovery convinced me even more of my project” 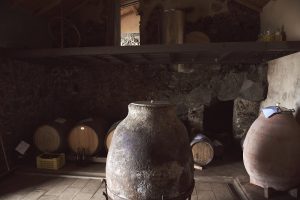 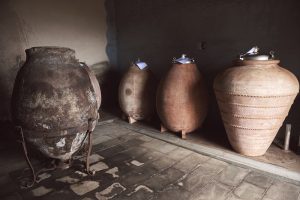 Old and new amphorae in the cellar of Bagolaro, Sicily

These wines (along with other labels Angelica, A Franco, Etienne and Rais) immediately transport you to Etna with its barren and uniquely beautiful landscape. Read more in the March 2021 Newsletter. 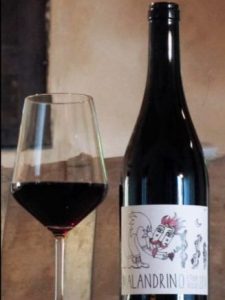 Malandrino. In Sicily, grandmothers nickname “malandrinu” the grandchild who is always getting up to mischief.

For the 2019 vintages of di_EGO and Malandrino, post-fermentation maceration on the residual skins in terracotta amphora for 6 months. 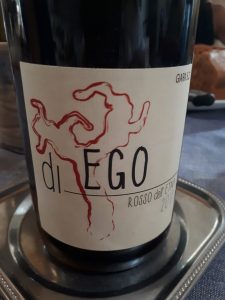 di-EGO A blend of Nerello Mascalese and Nerello Cappuccino.