Eclipse (Tbilisi, Georgia): “Why did we choose to use Jars made by Artenova? We take on a quality first approach” 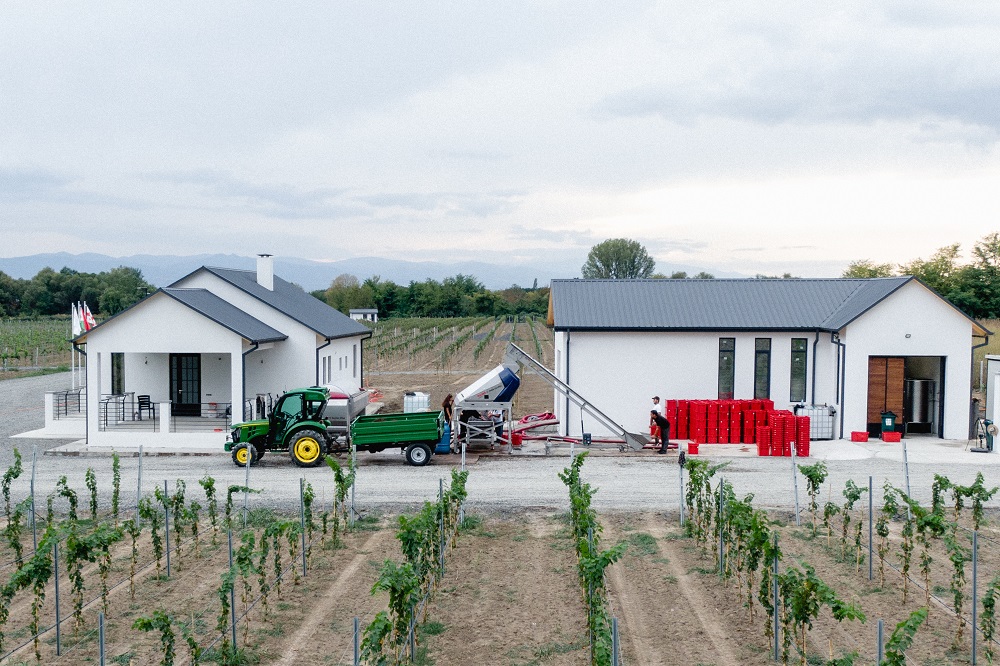 Here is our interview with the owners of Eclipse L.L.C., a winery from Tbilisi in Georgia, who became customers of Artenova in 2020

Why did you choose to use Jars made by Artenova?

“The decision to order specifically from Impruneta stems from a variety of factors, it is no secret that getting ceramic jars made domestically in Georgia would have been a lot easier both logistically and financially; yet here at Eclipse we take on a quality first approach. We believe that Georgian grape varieties as well as European grapes grown in Georgia will be able to compete with the main wine producers in Europe due to our rich history of wine making and thousands of soil types available for our usage. We use Bucher-Vaslin equipment in our processes, Limousin oak barrels for our barrel wine and Impruneta qvevri jars as a belief that quality is not to be sacrificed”.

What are the reasons that make Qvevri Wine so popular in Georgia?

“The special attitude of Georgians towards qvevri wine is due to the uniqueness of its production tradition and special taste characteristics. Eight thousand years of continuous history are connected with the wine culture of Georgia, which is confirmed by many archaeological discoveries or historical facts. The ancient Georgian traditional method of making qvevri wine is unique and has a special cultural and social value. It can be said that the wine placed in a clay pot buried in the ground, and made with long contact with the skin and pips of grapes, is a business card of Georgia. This different method gives the wine special taste characteristics and amber color. It is noteworthy that last year the International Organization of Vine and Wine added wine made with long maceration to dregs to the list of special wines. Which once again confirms the specificity of the traditional method of making wine in qvevri and its international importance”.

Where in Georgia is the tradition most alive? 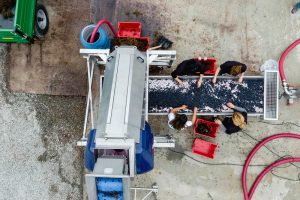 “The tradition of making wine in qvevri can be found in almost all regions of Georgia. This tradition is so ingrained in Georgian life that in addition to wine companies and family wineries, wine is made in qvevri by even just wine lovers. It should be noted that there are technological variations of making wine in qvevri in different regions. For example, in Eastern Georgia, 100% of dregs fermentation is common in qvevri, and in Western Georgia – 30%. As a result, we get two different types of qvevri wine. Eastern wines are stronger and have a dark amber color, while Western wines are characterized by lively aromas and a light taste. Despite the universal popularity of qvevri tradition, Kakheti is considered to be the leading region for qvevri wine, which is also the most important and largest region of the Georgian winemaking and viticulture. The local soil and climate condition provide optimal conditions for qvevri wine”.

Who produces Quevri in Georgia these days? Potters? Or do wine producers have people who make qvevri?

“Clay pots (qvevri) in Georgia are mainly produced by private potters. They are made only in two regions, Imereti and Kakheti. It is in these two regions that the high quality clay, needed for qvevri is found. The process of making qvevri is not yet mechanized and all stages of production are carried out directly by a potter. Consequently, pottery is quite a time-consuming and responsible job. It requires a lot of experience. There are families in the qvevri-making regions for whom qvevri-making is a family tradition and is passed down from generation to generation”. 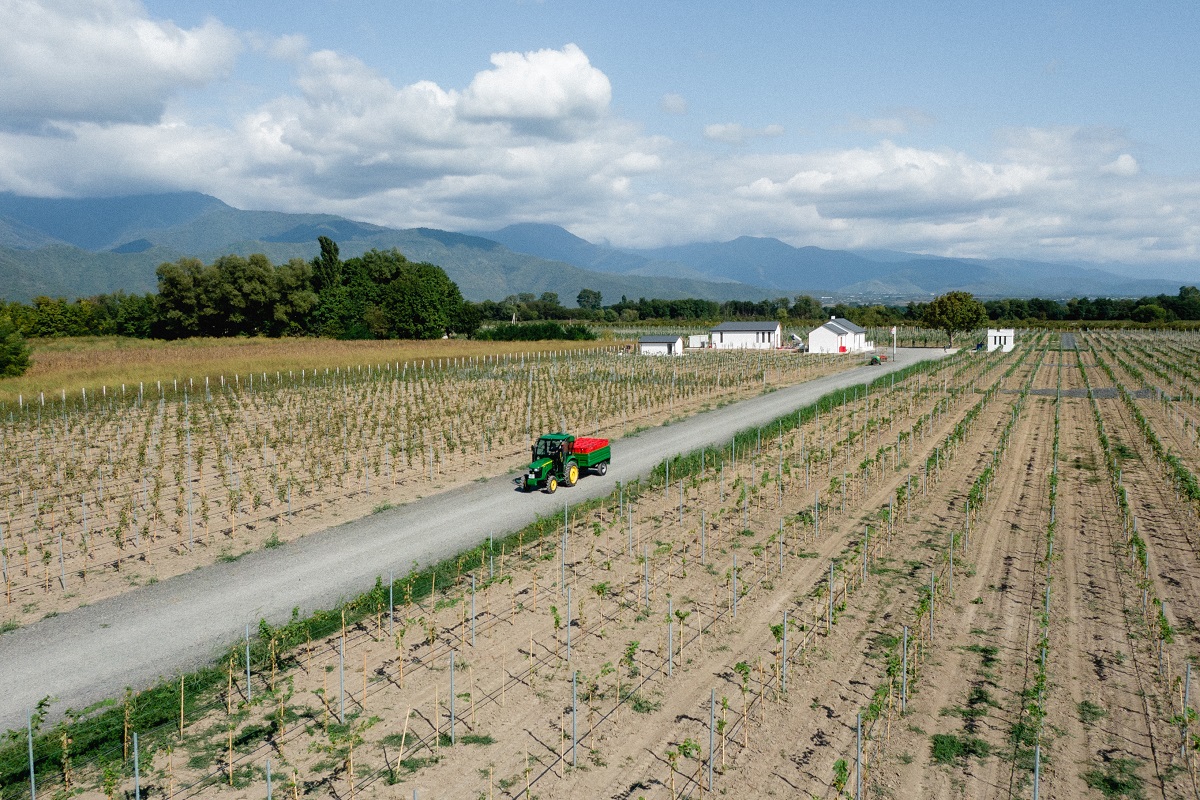 Who in Georgia continues to drink Qvevri wine?

“Qvevri wine is quite popular in Georgia and population consumes it en masse. Despite the distinctive nature of qvevri wine, it enjoys great popularity in almost all age groups. It should be noted that qvevri wine goes perfectly with Georgian dishes and helps to balance the taste in the Georgian cuisine. It is this factor that makes it a product of daily consumption”.

On your video you can see some old archaeological ruins, what are they? Does your company have historical links?

“The Nekresi Fire Temple is located in Kakheti, in the Municipality of Kvareli, near the Nekresi Monastery. It is also known as the “large square”. The building dates back to the I-III centuries A.D. and is a pre-Christian temple complex. The ensemble comprises seven independent buildings, which are surrounded by a square-shaped border. The plan of the temple observes an outstanding astronomical event, the date of the solar eclipse, which occurred on June 21, 19 A.D. The building is now almost at the level of its foundation. The Nekresi Fire Temple is an important and unique monument of Georgian culture, both historically and architecturally. In the 4th century it was destroyed by the Christians, because functionally it was the religious temple of Zoroastrianism, or Ateshgah. From the cult building of Zoroastrianism, this monument was transformed into Mithraeum, i.e. the cult centre of Mithraism, which was quite common in the region. Like in the Roman Empire, Mithraism was quite widespread in Georgia. Even today, on December 25, Mithra’s birthday, the Christian parishioners, who come to Nekresi slaughter pigs and boars [ for the Christmas feast] as a sacrifice (sacred animal of Mithra). From the 4th century onwards, the Nekresi complex was given a Christian significance. One of the most prominent historical-religious monastery complexes of Georgia, the Nekresi Monastery is built near the Fire Temple. Our vineyards are planted 25 meters away from the remains of the Fire Temple, where we get excellent quality wine”. 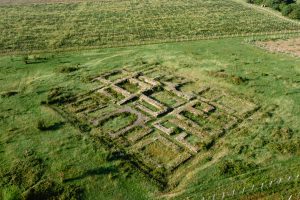 What is the origin of your brand name “Eclipse”

“From the very beginning Eclipse was the name of the company that has been established in Dubai, UAE in 2010. Company business activities were in IT products, equipment and complex IT solutions. Indeed, the initial idea to name a company as Eclipse belongs to the owner of the company, who just admired a unique astronomical event. After years of extensive travel and visits to different wineries around the world, meeting people, participation in wine auctions, the interest in wine has grown into interest in winemaking. Finally, our owner with real Georgian family roots landed in beautiful Appellation [DOP] Kvareli, in Kakheti. After buying the land, we discovered that one of our plots was adjacent to the foundations of the previously mentioned temple named after the Sun-Temple of Nekresi (photo). The temple was built 40 AD, and was dedicated to the Solar Eclipse that occurred in 19 AD. We here at eclipse believe this to be somewhat lucky, somewhat a coincidence with a little bit of destiny to have chosen the name of the company before learning of all the events that occurred within our area, and we are proud to continue the legacy of the area and spread the story to the world through our wine”.