Lipari and Bagolaro: the magical energy of Sicily and its wines made in amphora

A year ago in Sciacca, Sicily, archaeologists discovered a 6000-year-old Copper Age wine-jar, rewriting the history of the distribution of wine in Europe. From Sicily, a land of unique perfumes, rich in history and unexpected discoveries, two companies who make their wines in terracotta participated in the 2018 edition of “Terracotta and Wine: Francesco Lipari from Messina and Bagolaro from Mascali, Catania. In the 2014 edition of Terracotta and Wine (the first edition of the event) the island of Sicily was one of the most representative regions with Cos, one of the first Sicilian producers of Amphora Wine. 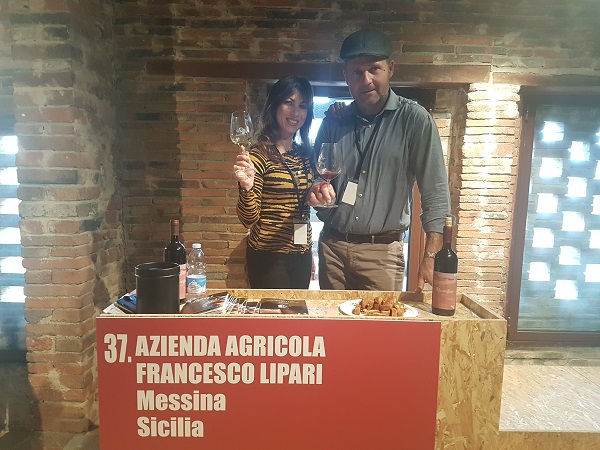 During the latest edition of Terracotta and Wine last November we discovered the wines made by Francesco Lipari who has been collaborating with Artenova since 2016: 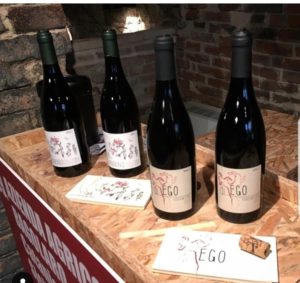 And those by Wine producers Bagolaro: 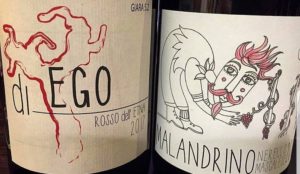 Both these wines, made in amphora take you immediately to Etna, with its uniquely beautiful barren landscape. Malandrino is a “nerello mascalese” in purity. The producers tell us that the choice of the name Malandrino came about spontaneously because of the vivacious character of the wine which, over time loses its negative meaning of rascal or brigand to indicate someone with no age limits who while not possessing exactly irreproachable behaviour is nonetheless likeable, possessing a somewhat impertinent talent. Sicilian Grandmothers usually refer fondly to their naughtiest grandson as “U’ malandrinu”

Di_EGO, is a blend of nerello mascalese and nerello cappuccio: it derives from “Diego” meaning my favourite and from the definition of “Ego” according to Osho Meditation: before losing it you have to grasp hold of it. This seems to describe its approach.