Flowforms confer vitality to the wine flowing through them 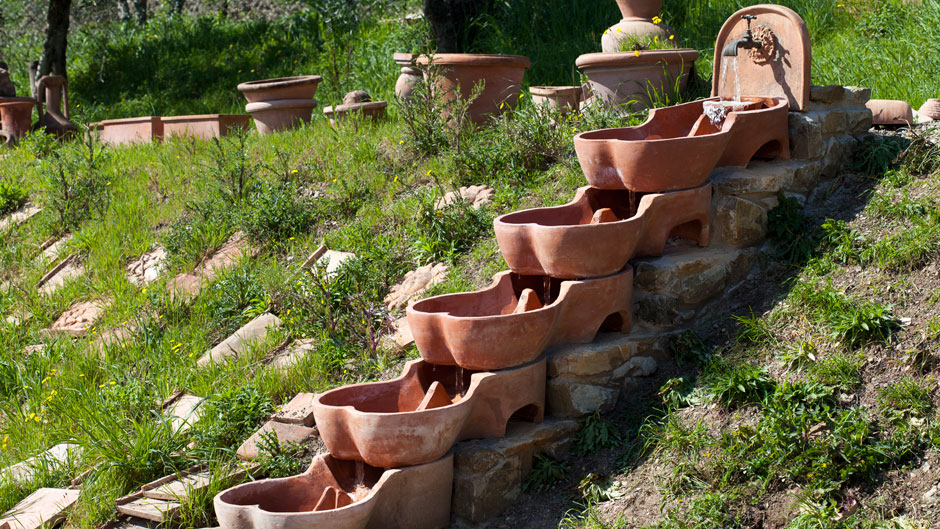 Located mostly in parks and gardens as decorative waterfalls or as fountains in urban furniture, flowforms trigger a process of oxygenation of the water within them so that it becomes revitalized and so avoids stagnation. The movement of water observed in a flowform is similar to the spirals, eddies and vortexes to be found in rivers and streams in nature. The “flowform” method, invented by the English sculptor and scientist John Wilkes, is now also being used in food processing for the natural revitalization of beverages.  Artenova has dedicated its time and energy to this production: a beautiful specimen of a flowform in terracotta can be seen in this photo taken in the garden of the firm’s workshop, in Via Europa, Impruneta.

Precisely for their ability to modify the intrinsic nature of liquids, flowforms are also being used to oxygenate wine. “Flow-forms initially served only to oxygenate and revitalize water,” confirms Francesco Bartoletti, oenologist and technical consultant to Artenova “However they are equally capable of allowing the oxygenation of wine in a natural non-aggressive way while revitalizing it at the same time.” In Tuscany, the method has been used for a decade by the winery “Castello dei Rampolla”, from Panzano in Chianti, which makes use of flowforms both during fermentation and before bottling, when the movement of the wine through the flowform confers a vitality, giving it yet further improvement.