Biodynamic Wine and Terracotta: the experiences and results of 4 Italian producers 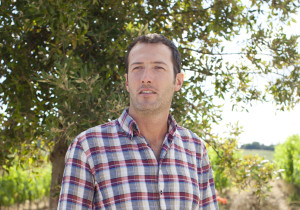 Wine making in terracotta is a way of interpreting the transformation of grapes into wine known to man for many centuries.

The use of amphorae, urns and jars in recent years has gained great favour by many producers of natural wines, including producers of biodynamic wine. The worlds of terracotta and biodynamic agriculture seem to share many affinities that lead in practice, to very interesting results.

In this wine tasting we will have as guests 4 major producers of great impact in the Italian and world wide wine scenes. We will compare, through the tasting of wines, the different modes of thought, practice and personal visions of vine-growers.

Each company will present two wines of the same vintage and variety, one of which will have been fermented and stored in terracotta until bottling.

The producers will all be present to share their own experiences and begin a debate, open to the public, on the different ways of making biodynamic wine in terracotta.

Leading the wine tasting is agronomist and oenologist Adriano Zago, technical coordinator of the project “Biodynamic wine and Terracotta” (www.adrianozago.eu).