“Karas”, the armenian name for amphora, exclusive brand or cultural heritage? A dispute that enthrals wine producers around the would 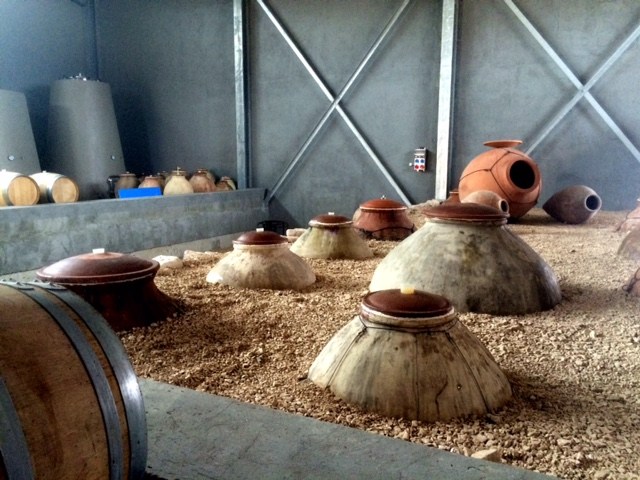 For months, a controversy with cultural implications that go beyond mere legal disputes, has been affecting Armenia, its wine sector and more closely, Zorik Gharibyan, owner of Zorah Wines, present during the latest edition of “Terracotta and Wine” held at Impruneta in 2016. (In the photo on the left, the exhibition stand of Zorah Wines with Zorik Gharibyan and his wife at “Terracotta and Wine 2016“). 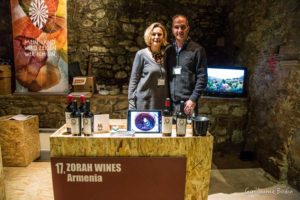 The two opponents of the discussion are Zorik Gharibyan, the founder of Zorah Wines and Eduardo Eurnekian, founder of Tierras de Armenia – the Armenian colossus that owns 2300 hectares of land in the western part of the Armavir region, owner of Karas Wines, which produces the Karas wine label. The argument affecting the Armenian wine making scene concerns the use of “KARAS” as a brand name, which Eurnekian wants exclusively for the labelling of his own wines. According to Zorik Gharibyan, this would mean that all Armenian winemakers would be prohibited from using the word “KARAS “on their labels. 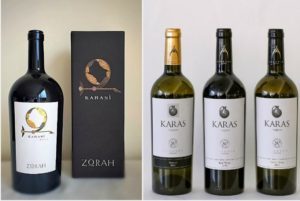 “Karasì” is the label of a wine produced by Zorah Wines, made in the “Karas” a typical Armenian terracotta wine jar. “Karas” is the brand name of wines produced by “Karas Wine”, which are not made in Karas wine jars. We said cultural implications, because the dispute calls into play in particular all those in Armenia who are reviving the old tradition (as old as humanity itself!) to produce wine in these traditional terracotta vessels. However it also touches Eastern Europe (the Caucasian region) and Western Europe, now making history by creating a new and important wine market.

“Karas” for the Armenians is the equivalent of the Georgian “Qvevri” and Zorik Gharibyan, founder of Zorah Wines, recalls in an open letter published on Banks.am that in order to protect its “Qvevri” Georgia has raised them to the “UNESCO Intangible Cultural Heritage” status. Following the example of the Georgians, the Portuguese have created an official protection trademark (DOP) for the production of their wines in “Talha” (the Portuguese name for their terracotta vessels) He further mentions what’s going on in countries like Italy where much is being invested in the revival of wines made in amphora, a legacy from the Roman era.

The letter written by Zorik Gharibyan published in English on January 30, 2018 on Banks.am 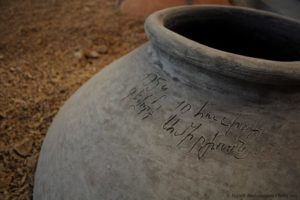 Zorik underlines: The dispute has now landed in the Court of Appeals who will give their verdict this month. While awaiting judgement, Eduardo Eurnekian’s granddaughter who is also the general manager of Karas Wines, has recently defended the brand name on the online publication of investigative journalism, Hetq. She claims that it is not the company’s intention to sue wineries who use the word “karas” because,” says Juliana Del Aguila Eurnekian, “this word can be used to describe how the wine was made, but it cannot be used as a brand name because it would be confused with our brand name”. Far from the point of view of many Armenian producers who, according to the article the article on Hetq, argue that karas are part of the Armenian cultural heritage and that no one has the right to monopolize the name. Moreover they believe that it is far more confusing to have a wine denominated “Karas” that is not made in Karas vessels.

The interview with Juliana Del Aguila Eurnekian on Hetq on 8th February.