Leonardo Parisi, award of excellence in craftmanship from Magnifica Toscana: “He has revolutioned the world of terracotta” 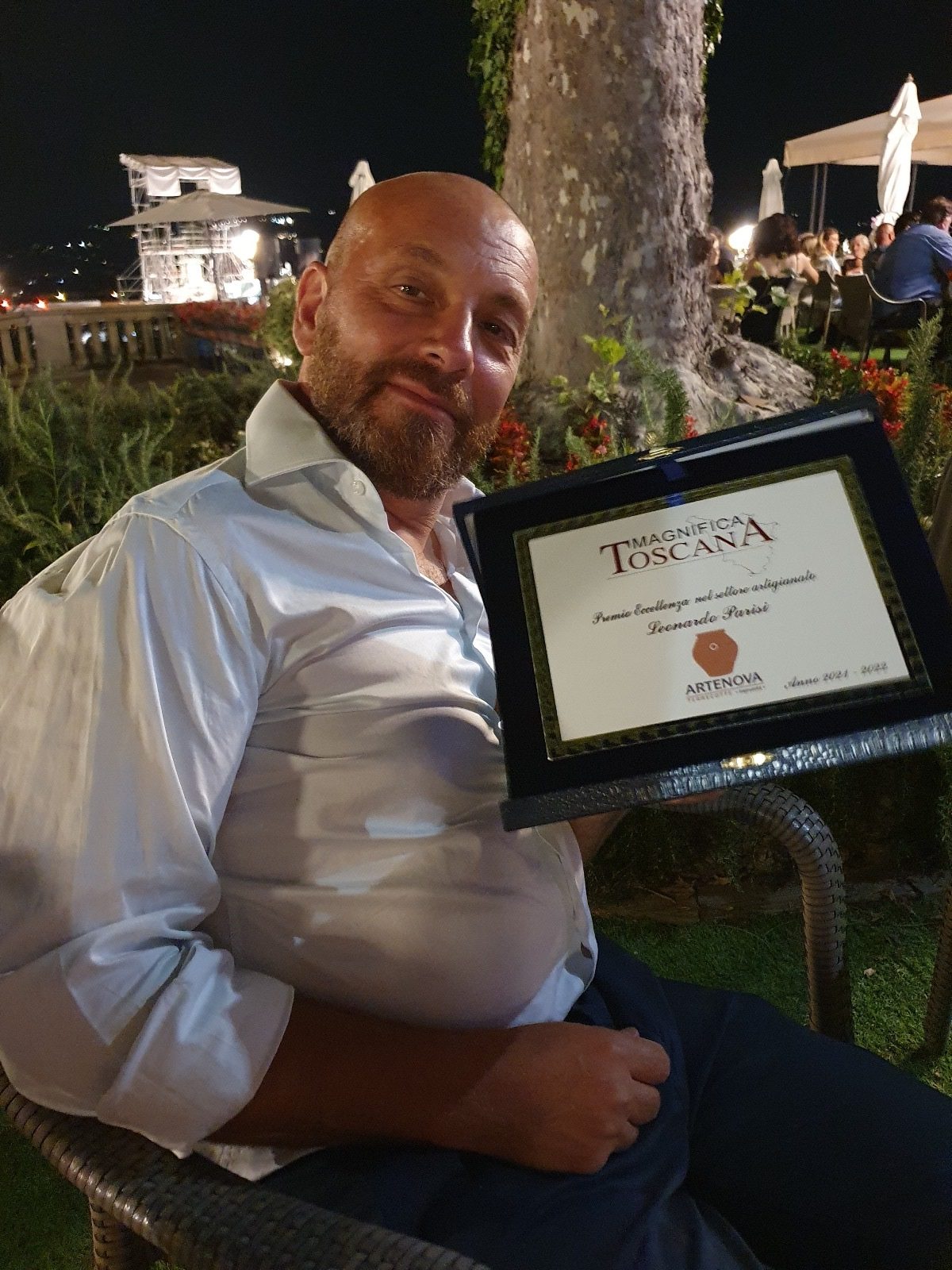 An outstanding pioneer in the creation of a new terracotta market, reviving and innovating an ancient practice to become a world leader in the production of wine jars. This is what makes Artenova Terracotte an excellence in craftsmanship and for this Massimo Ghiraldelli, editor of “Magnifica Toscana”, has presented Leonardo Parisi, owner of Artenova, with the recognition. Magnifica Toscana is a format that for 12 years has aired a TV programme on Canale Italia and a bilingual semester of the same name documenting the excellences of our “Magnificent Tuscany”, these of course include many of the finest craftsmen.

The award ceremony took place on Wednesday 21st July at Caffè Ristorante La Loggia at Piazzale Michelangelo. The guests of the evening were owners of other Tuscan Excellences: of terracotta such as Mital (also from Impruneta), from the fashion world including Gianfranco Lotti and Fabrizio Verniani, food and wine with Chef Marco Stabile, from the restaurant business with Il Cavaliere del Castello di Gabbiano and the Loggia itself represented by its patron Giuseppe Craparella, wine and oil producers including Corte di Valle di Greve, Fattoria La Querce in Impruneta, Gli Ottomani from Strada in Chianti and the Frantonio Pruneti of San Polo in Chianti.

“The award goes to Leonardo Parisi – announced Ghilardelli – because with his jars for winemaking he has revolutionized the world of terracotta, creating a new market. And he was right”.

“I would like to underline – said Ghiraldelli – that the names chosen in the various sectors for the award ceremony are the result of careful and targeted research which finally made it possible to identify the most representative excellences operating in our region”.

Needless to say we are very proud!