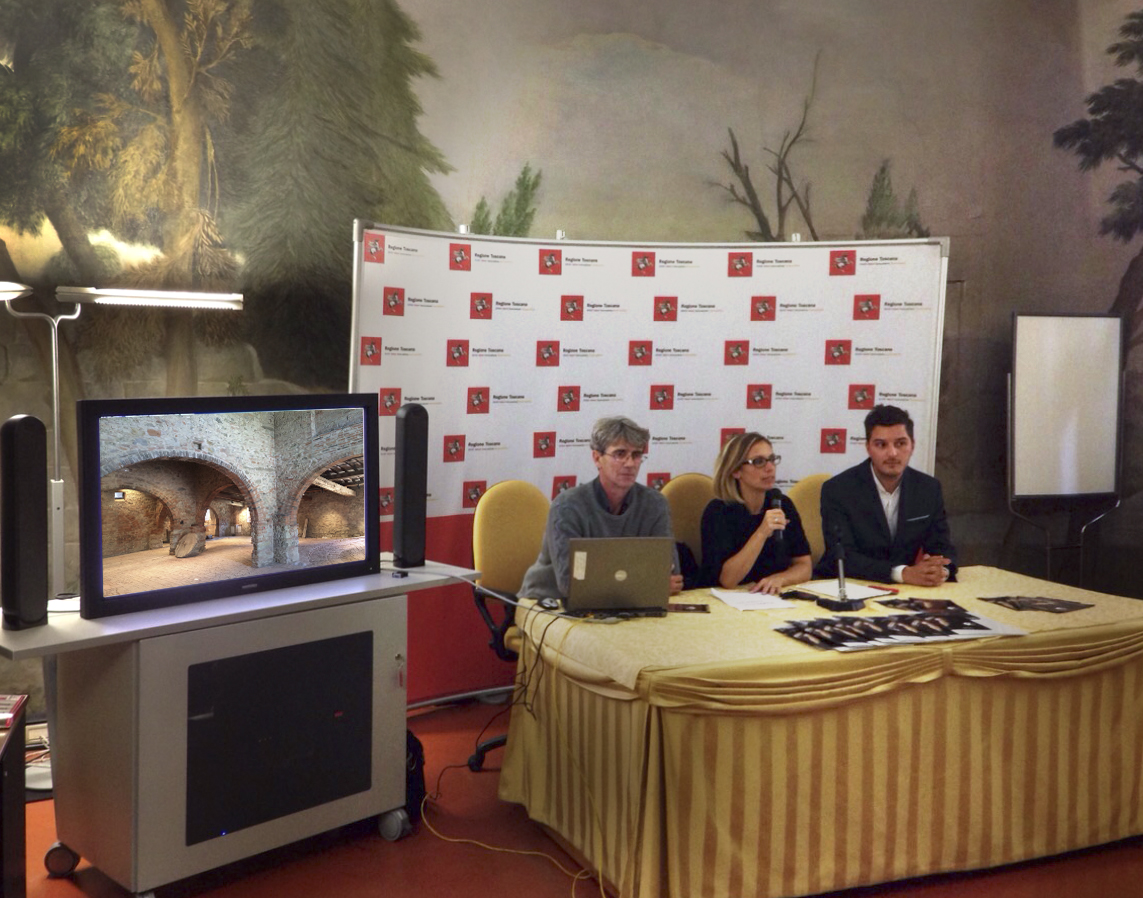 At the conference: from the left Sergio Bettini (organizer of the event “Terracotta and Wine 2014”) Sara Nocentini (Regional Councillor), Joele Risaliti (Deputy Mayor of Impruneta)

The meeting on Wednesday with the Region of Tuscany has been important not only for the presentation of the event “Terracotta and Wine” but mostly it was important for the small workshop Artenova. The owner of Artenova, Leonardo Parisi (pictured standing. In the other image his brother Andrea Parisi), was present at the meeting together with organizer of the event, Sergio Bettini, consultant of theirs since the early years of their terracotta/wine experiments, and Francesco Bartoletti, winemaker and also consultant to Artenova. 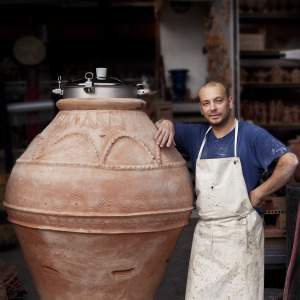 Artenova was honoured to receive a recognition coming from the Region of Tuscany’s councillor for culture and tourism, Sara Nocentini in praise for the organization of the event and for the years of work that this one small firm has been pursuing with such diligence and attention. “It has been an important affirmation, which will strengthen us in our efforts to keep alive this ancient tradition. A tradition that in recent years we have been able to revisit and renew with courage and professionalism”.

“A path model, an encouragement for emulation for analogous events to come” said Councillor Nocentini, referring to the renewed vitality that during the 2 days of the event will return to animate the old terracotta works Fornace Agresti, which on 22nd and 23rd November will open to the public for the first time with “Terracotta and Wine 2014.”

“A magnificent place” said Sergio Bettini at the press conference talking about the Fornace Agresti, “a magnificent location for experimentation and dialogue where other Tuscan Excellencies will be able to find a showcase of regional dimension.” The cultural development of the Fornace Agresti was also expounded on by the deputy mayor of Impruneta, Joele Risaliti.

“We of Artenova believe that every day with our work we are giving an important contribution to keeping alive the great tradition binding the territory of Impruneta to terracotta” continued Leo Parisi. “Impruneta has an extraordinary clay,” said Francesco Bartoletti “and the professional path taken by Artenova, has drawn the attention of many producers not only from Italy but also encountered interest from all over the world for the production of wine in terracotta.”