The Barbera in amphora of Crealto: “Everyone likes its character and its history” 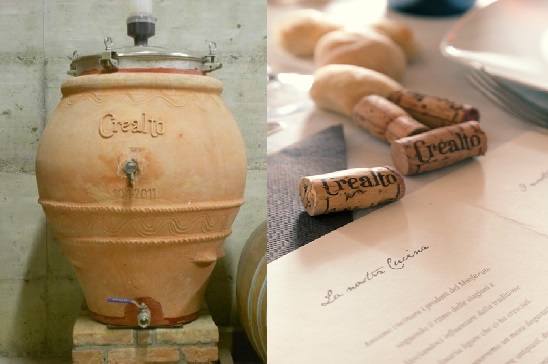 When in 2009 the organic wine company Crealto from Piedmont began looking for a producer of terracotta, they had a very clear idea about what a practice as ancient as that of the refinement of wine in amphorae, could give to characterize their corporate image. So when in 2010 Crealto bought their first Artenova wine jar, the young owners of the company – Winemaker Luigi,  and his wife Eleanor, both wine lovers and sommeliers – began immediately to make Barbera d’Asti in terracotta. Today Crealto, from the little town of Alfiano Natta in the hills of Monferrato, has a production of wine in amphora of about 1,000 bottles. These are distributed on the market, which includes restaurants in Italy and abroad, mainly in Sweden. 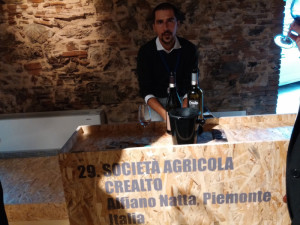 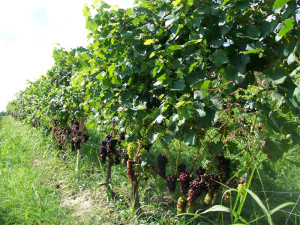 Since 2010, after their first “experiment” in making Barbera D’Asti using two Artenova wine jars (of 250 litres and 550 litres) Crealto has never looked back. The vintage of 2014 is already in amphora and will be bottled late spring/early summer next year. The next step will be a period of aging for about 2 years.

The area planted with Barbera vines takes up about 2 hectares of the company’s 5 hectare estate: the remaining hectares are planted with Grignolino (2ha) and Nebbiolo (1 ha). On a chalky-clay soil, the Grignolino vines were the first to be planted, and are now almost sixty years old, while Barbera and Nebbiolo are only twenty. 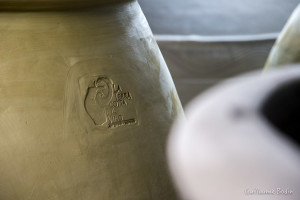 “Barbera in amphora – explains Crealto – is a wine very much appreciated in Italy. Our Barbera is smooth, with no harshness. In the jar its softness is accentuated. Then everyone likes its character and the history behind it. ” This goes to confirm that terracotta is a great communication tool that can characterize the image of a company.