The Dolium, a wine-jar of large dimensions, is the latest production of Artenova on order from France 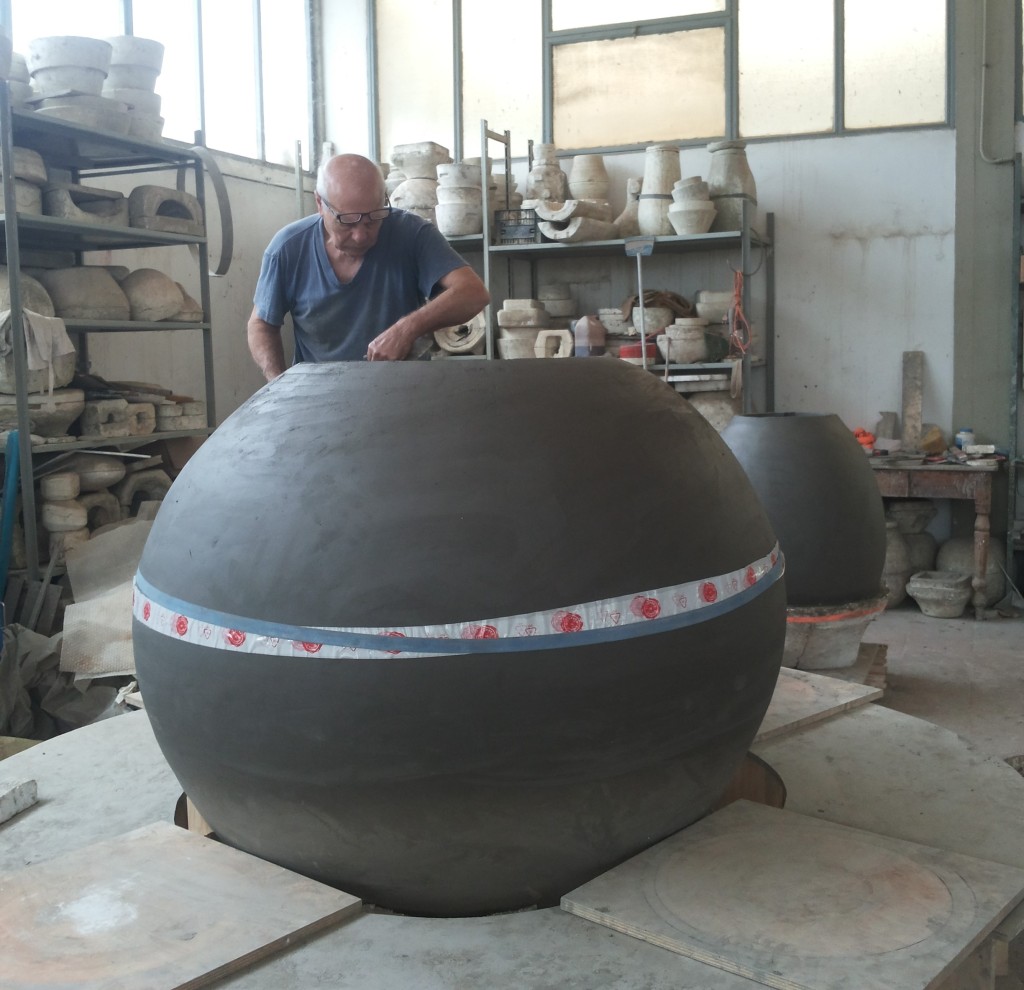 Giuseppe Parisi and the dolium.

Dolium is the Latin name of the enormous terracotta container of spherical or slightly ovoid shape used in ancient Rome for the preservation of wine and other food products. In January Artenova has begun the production of these enormous vessels (dolia the plural), for an order commissioned by some French wine producers who, during the event “The Terracotta and Wine 2014“, were impressed by a specimen of more than 1000 litres on show at the Terracotta works Fornace Agresti in Impruneta. 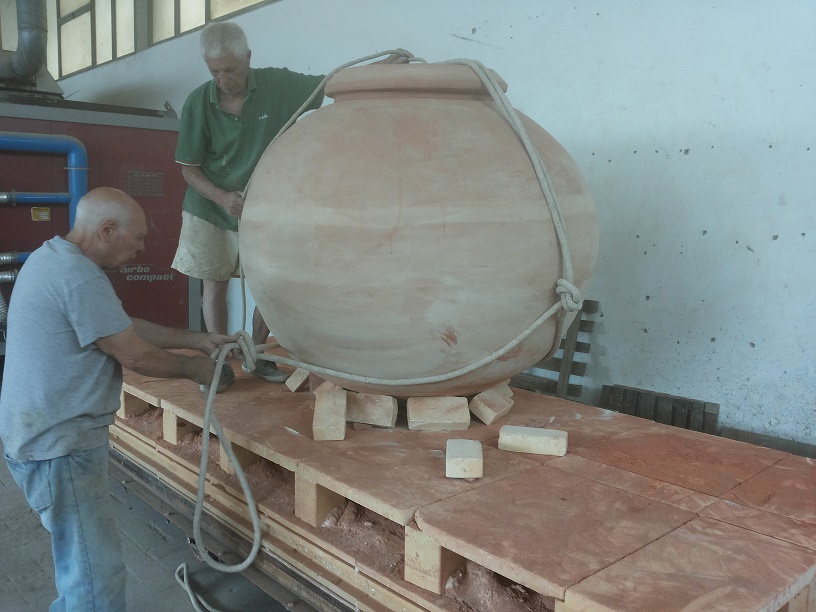 The great dolium was made by Artenova as a copy of an original from in an important archaeological museum and attracted the interest of French wine entrepreneurs who commissioned the company some slightly smaller vessels, which, Artenova will be producing in the coming weeks. The jars will be made smaller to enable better manageability during transport and for moving in the cellars. French customers will be supplied through Artenova’s French distribution company, Vin et Terre, and their agent Mr. La Lanne.

The company from Impruneta had already made another dolium, with a completely different function however, from the one linked to the winemaking business: a decorative element of outdoor furniture for a villa in Rome, commissioned by an antiques restorer.