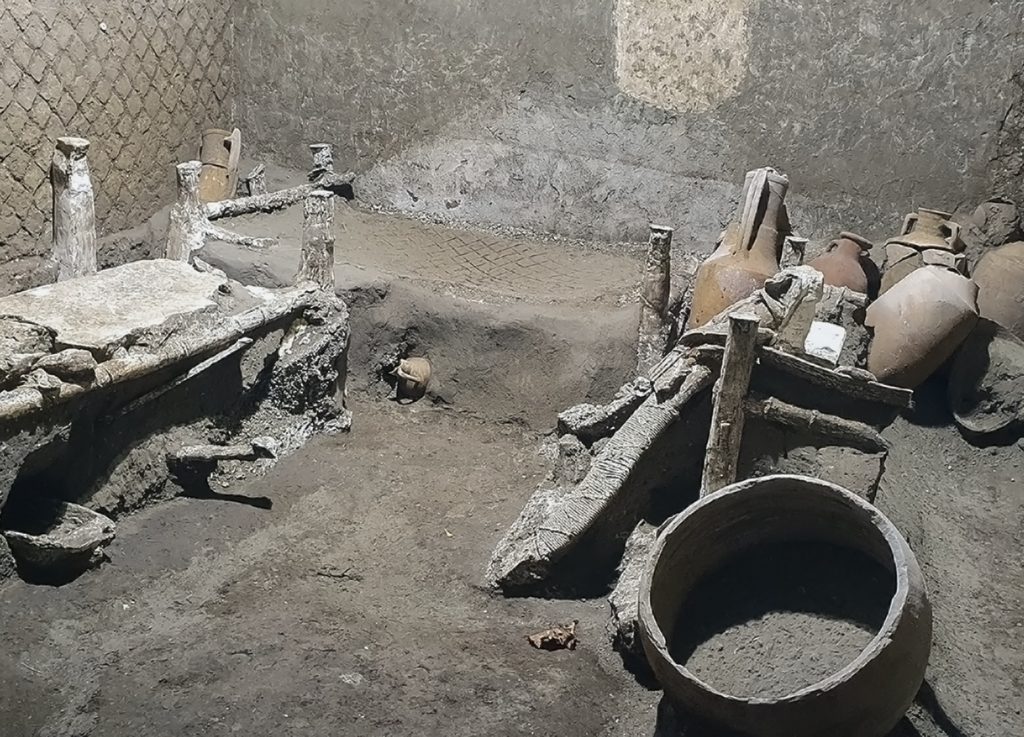 The extraordinary archaeological discovery of the “slave room” only came to light a few days ago (in photo). From the excavations of the villa of Civita Giuliana in Pompeii, objects and furnishings have emerged that allow us to reconstruct and acquire new notions on the lifestyle of the slaves of Pompeii. The importance of this discovery is underlined by the words of Italy’s Minister of Culture Dario Franceschini: “Thanks to this new important discovery, our knowledge of the daily life of the ancient people of Pompeii is enriched, in particular, that part of society still little known today. Pompeii is a unique model of study in the world “. This finding gives us a glimpse into the way of life of people of the lower classes, rarely mentioned in historical sources, which more often report testimonies of high-ranking lifestyles. Artefacts found in the area of ​​the excavations called “the slave room” include three wooden cots, the axle of a cart, various personal items, ceramic jugs, a chamber pot and the inevitable amphorae stacked in a corner. The presence of the jars suggests that the room where the slaves slept, was also used for storing goods and food. The terracotta amphorae were used at the time as containers for cereals, legumes and drinks. As history confirms, the most precious of beverages was wine in numerous variables and qualities, which was enjoyed by people of all levels and social conditions, even by slaves. These terracotta containers were not only used for storage, but also to make the wine, as many archaeological excavations of warehouses and cellars where the precious nectar was left to mature, have brought to light. 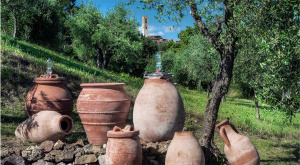 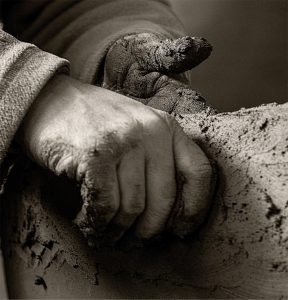 Artenova has rediscovered and promoted the ancient technique of winemaking in amphora by revisiting their jars, adding modern oenological details to improve its practice. However, the original element is always the same: the raw material from which they are made, which gives them their greatest characteristics. The clay that thanks to ingenuity and craftsmanship is transformed into the wonder of these magnificent vessels of different shapes and sizes that have always been present in both ancient and more recent civilizations. The use of the prestigious Impruneta clay dates back to pre-Roman times, to the first Etruscan settlements in the area.
However, documented history began in the Middle Ages and was consolidated in 1300 when a guild of Master Potters was established. In addition to vases the Master Potters of Impruneta also created decorative elements such as coats of arms, sculptures and architectural ornaments, consolidating their use for true Works of Art. In the decades and centuries that followed, Impruneta saw an increase in the number of kilns and artisans. The many Artists who gravitated around them helped to give life to the golden age of the Florentine Renaissance.