Vinification of white and red wines: the use of terracotta jars during fermentation 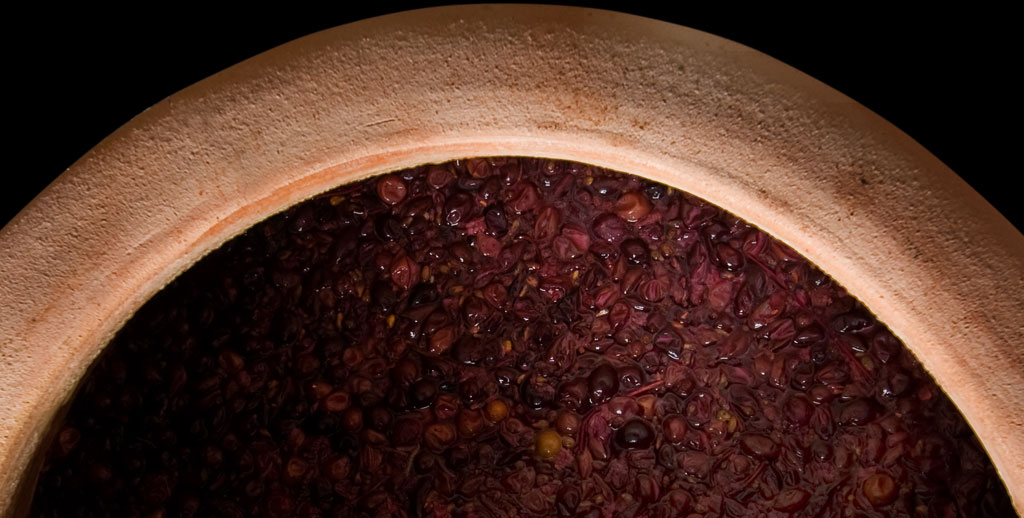 Spectacular vineyards full of splendid grapes, perfectly ripe mark the beginning of an equally promising fermentation especially in amphora where the oxygenation and heat insulation guarantee optimum conditions for maturation. 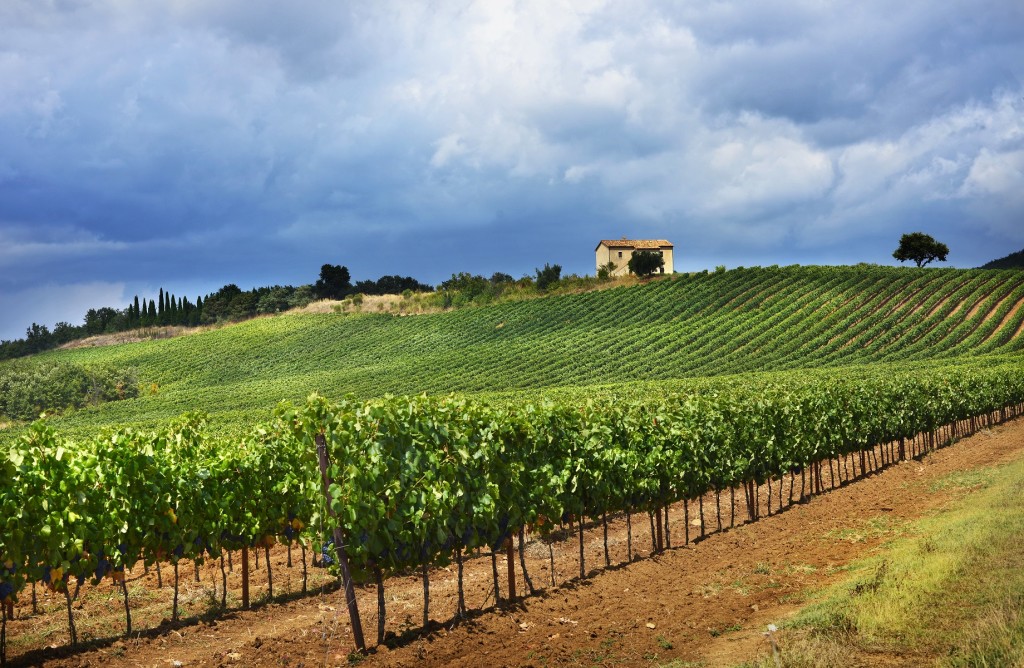 With the grape harvest now in full swing, we wanted to investigate the use of terracotta wine jars in fermentation with our technical adviser, oenologist Francesco Bartoletti. 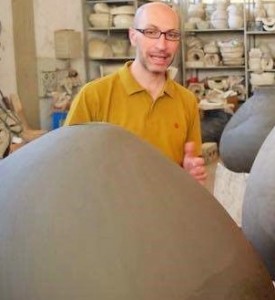 Bartoletti distinguishes between red and white wine making, examining the technique of maceration on the skins for the latter.

The fermentation of the must is obtained by pressing the white grapes directly in the jar. It is important to control the temperature of fermentation. This can be done either by controlling the temperature of the cellar itself if it is equipped with special air conditioning units or by using a refrigeration unit connected to an electric coil placed directly in the jar. There are also more rudimental but equally functional systems such as the use of bottles of frozen water immersed in the liquid inside the jar.

White wine fermentation with maceration on the skins

During fermentation the skins are added to the must contained in the jars. This favours the extraction of the substances they contain. This type of fermentation can be done by regularly pumping the wine over the skins or by punching down the skins into the liquid. Some fermentation techniques involve sealing off the amphora and its contents of fermenting must and skins for quite long periods without any interventions at all during the process.

The must is placed inside the jar together with the skins and pips that come directly from the destemming-crushing process. In some cases, the bunches of grapes are simply pressed and left as they are including their stems. During the period of fermentation the skins are regularly pumped-over, a procedure consisting in removing the liquid from below and pumping it back in a uniform manner through the skins floating on top or by means of simple manual punching-down.

Focus on the differences in terminology

By this we mean the process of alcoholic fermentation inside a terracotta wine jar. This procedure may also include maceration with the skins for both red and white wine. Having access to the jar from the top and given the size of the jar allows us to work without difficulty on the solids floating on top.

This refers to the stage that comes after alcoholic fermentation during which the wine begins to mature. For most red wines and for some white wines, during the aging process, malolactic fermentation occurs. After that, maturation continues benefiting from the specific characteristics of the amphora. Jars made of terracotta allow wines to acquire excellent oxygenation, which is very good for red wines as it is essential for the processes of condensation and polymerisation of tannins. Furthermore the thermal insulation of the amphora guarantees optimal conditions of maturation avoiding sudden changes of temperature that may be harmful to the wine.