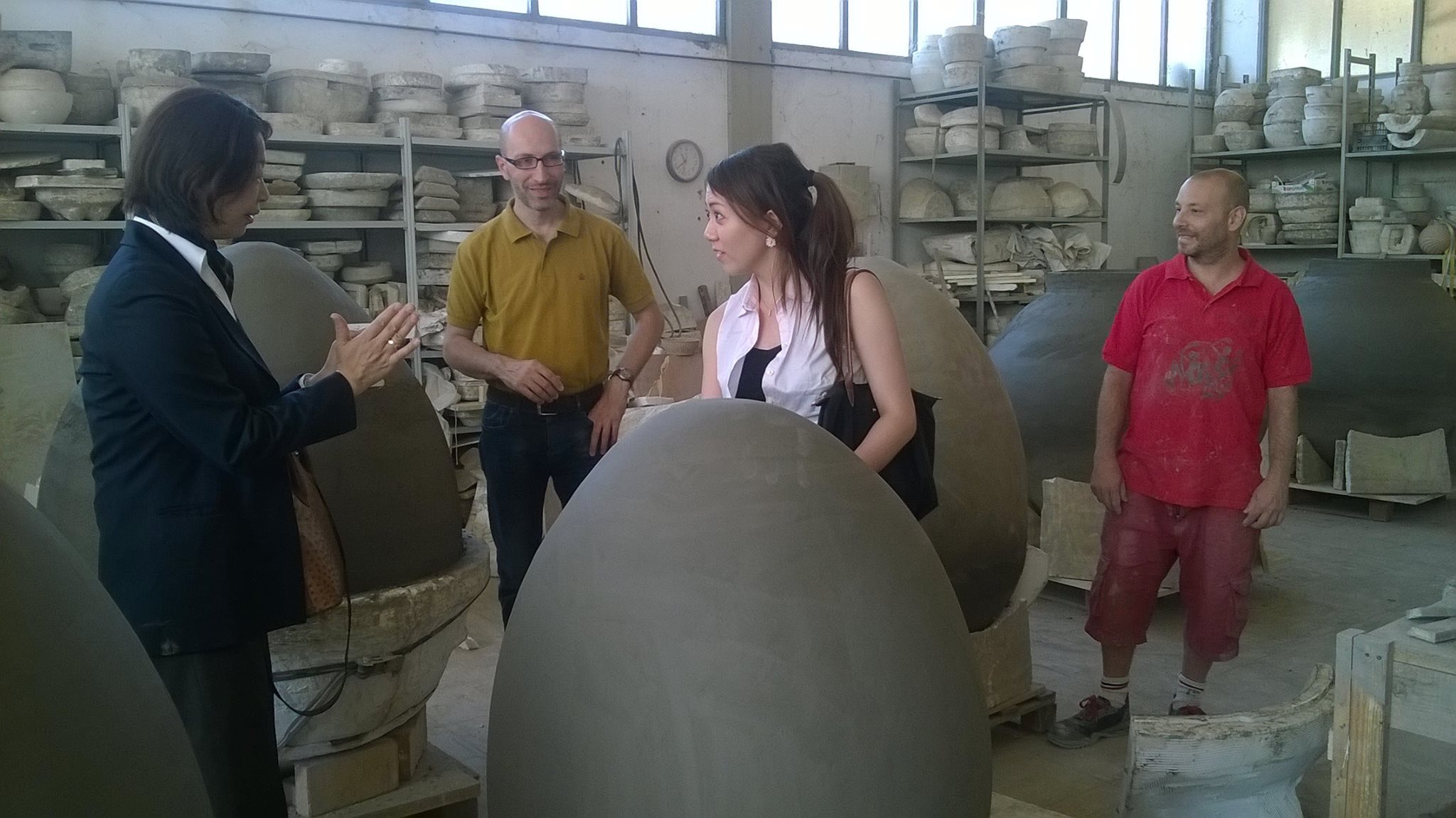 Enthusiastic Japanese students were extremely curious to know everything about wine made in amphora. About the months of vinification and aging of the wine and how those extraordinary terracotta forms are moulded with the clay of Impruneta to become urn-shaped, egg- shaped, or Ancient Roman dolia shaped.

Japanese students from the cities of Hyogo and Mie attending a course for Sommeliers at the prestigious Academy of Wines of Montecatini recently visited the workshop of Artenova to discover more.

Even in Japan now, people have become aware of this “new – old” trend and how amphorae are being increasingly used for making wine. This is especially so among producers who practice the methods of biodynamic and organic farming or who have a particular regard for healthy drinking. 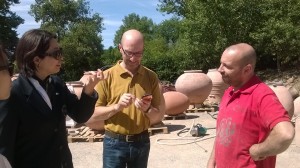 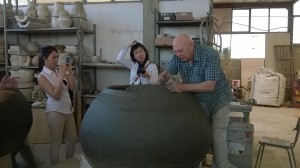 The students accompanied by the head of the academy, Emy Kameyama who is also an official taster of “AIS” (the Italian Sommelier Association), observed the jars of different shapes, discovering how the egg-shaped jar facilitates a natural movement of the wine inside it and that the technique known as “colombino“, is one of the oldest pot making techniques in the world and is still used by the craftsmen of Artenova to make their wine- jars today. 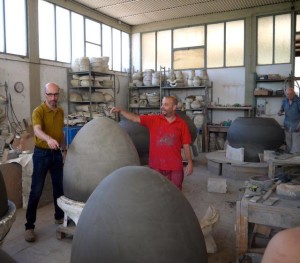 Explanations and descriptions were divulged, both by oenologist Francesco Bartoletti, technical consultant of Artenova and Leonardo Parisi, the owner of the workshop himself.

Parisi accompanied the group into the special room used for drying, called the “seccatoio”, where he described the timing and phases concerning this delicate stage in the making of an amphora, coming after its completion and before being fired in the kiln. 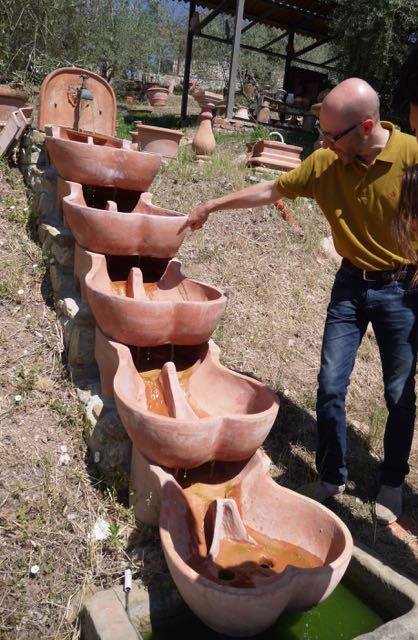 Outside in the courtyard the terracotta flowforms attracted a lot of interest, capturing the students’ attention for their originality and beauty. Bartoletti explained that the movement of water rushing through a flow form gives it a new vitality. In fact it becomes oxygenated and so avoids stagnation. This can also be applied to wine with the activation of a similar process of oxygenation during its pumping over phase. 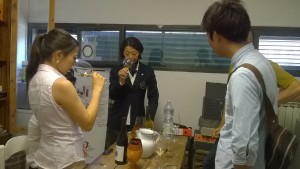 A wine tasting session consisting of two wines aged in amphora culminated the visit. In the offices above the workshop, the students under the guidance of Francesco Bartoletti, sampled a white Trebbiano 2013 (“of a beautiful golden colour  “) and a Montepulciano d’Abruzzo red produced by “Agricola Cirelli”, both wines are fermented and aged in Artenova amphorae. “The Montepulciano – explained Bartoletti – is a wine that does very well in clay because it needs air, and terracotta, of course without coating, allows oxygenation. In addition, terracotta does not cede aromas like wood, so the wine is left with its own characteristics. ” 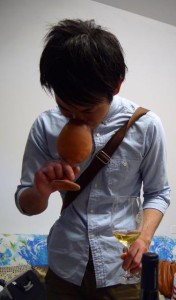 Parallel with the tasting of the wines there was also an interesting comparison of wine glasses with one of Artenova’s latest creations, a terracotta goblet. “The shape of this goblet dramatically changes the perceptions of the scent of the wine – added Bartoletti – The taste however remains unaltered”

The visit was an opportunity for a ritual of courtesy visits popular in Japan, namely the exchange of gifts. Much appreciated by Leonardo Parisi was some material printed with typical Japanese iconography, while the students, with smiles and many thanks received bottles of beer “Birra del Borgo“, apprehending at the same time a last gem of knowledge: even beer can be made in terracotta jars. 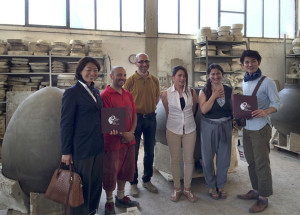 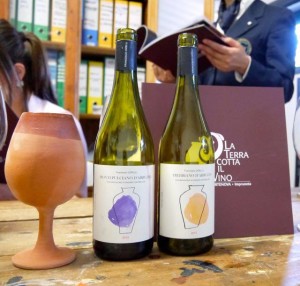