Goodbye Giuseppe Parisi, Master Craftsman. Protagonist together with his sons in the evolution of the Artenova workshop 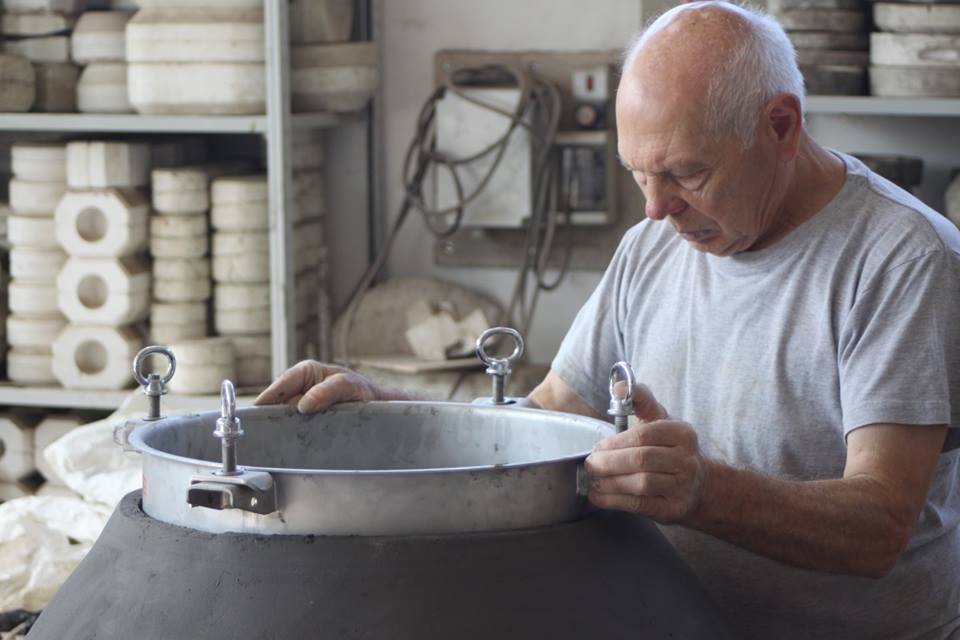 Giuseppe Parisi had the hands and heart of a master craftsman. He began his experience in working clay when he was only 14 years old, learning his trade in the terracotta-works of “Fornace Poggi” in Impruneta. Though he started as a young boy, he loved his work so much that he continued to dedicate himself with enthusiasm throughout his entire life during which he created his own family company Artenova. He was working right up until a few days before the 18th of August when sadly and unexpectedly he passed away. 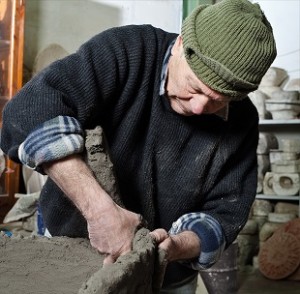 With the workshop in Impruneta, Giuseppe Parisi had crowned his dream to start his own terracotta company: with his sons Andrea and Leonardo, in the early 90s he took over from a friend the ownership of a small workshop of artistic terracotta, located in via della Fonte, Impruneta, which produced ornamental statues and pots.

Before the entrepreneurial experience at Artenova, Giuseppe Parisi worked as craftsman in many other workshops between Florence and Impruneta gaining experience in both terracotta and ceramics: after the Poggi workshop he worked for Ref Terracotta, then in the Ceramic workshops of Bianchini, Ricci, Ceccuti, and Zago and then, in the 1980s, back again to the origins of his career where he had his first job, the workshop of Fornace Poggi. 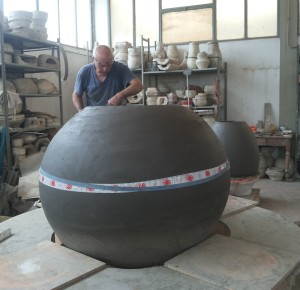 From his expert hands came hundreds and hundreds of beautiful artistic creations. In recent years Giuseppe was the protagonist along with his sons in a new evolution of the Artenova workshop making his company the first (and only) firm in Italy to produce terracotta jars for wine making. The intuition for the change originated from his sons and with his enthusiasm and encouragement became an immediate international success. Andrea and Leonardo put together their entrepreneurial ability along with the superb craftsmanship and ancient techniques their father Giuseppe had taught them over the years.

Above all he transmitted the love and enthusiasm he gave to Artenova every day carrying out his wonderful work, which will continue on after he is gone.